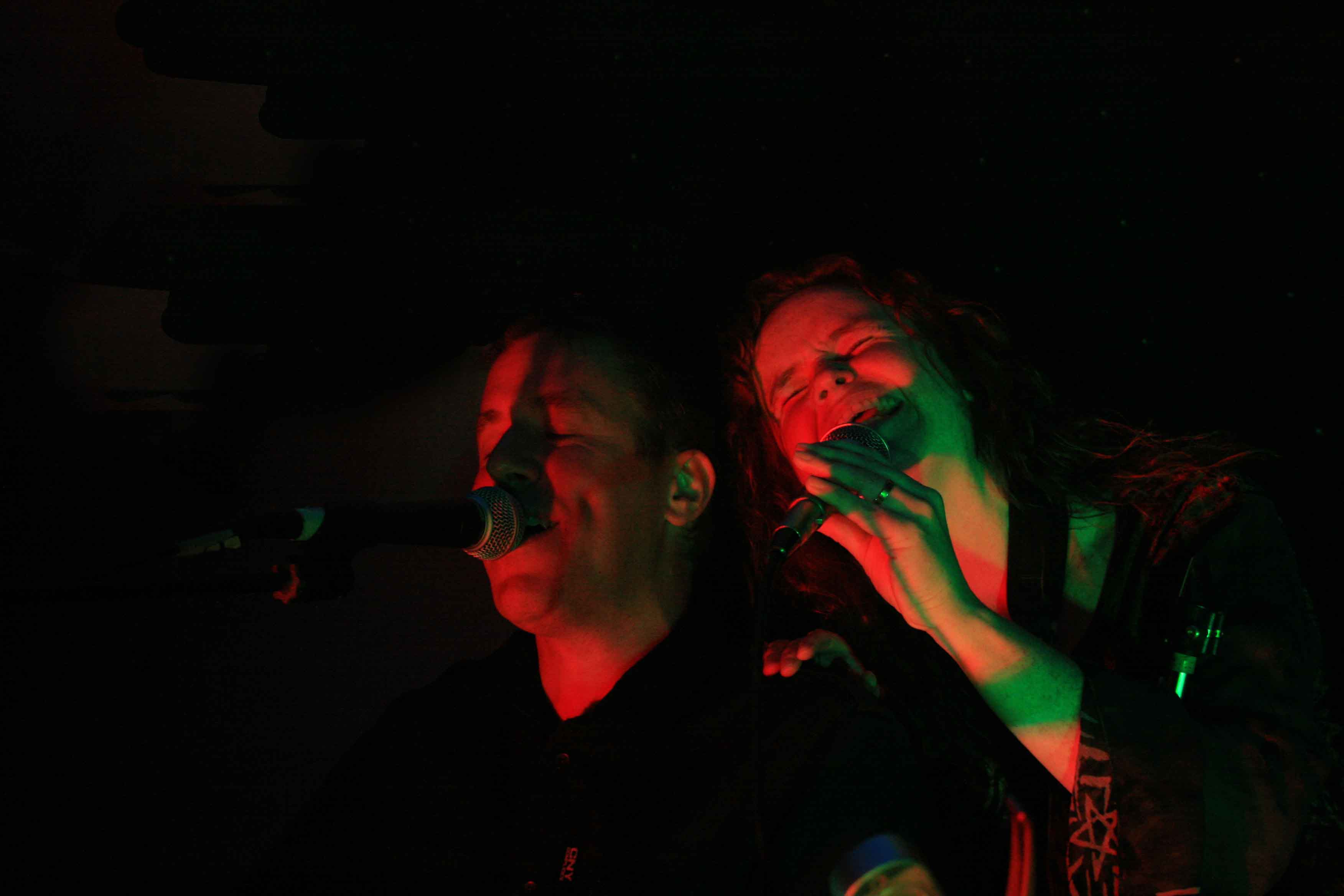 The Red Dirt Skinners, a genre-busting husband-wife duo, continue to make musical waves. They are the first act in history to achieve accolades at the British Blues Awards and the British Country Music Awards, plus the distinction of finalists in the Folk category for the UK Songwriting Awards.   See below for reviews and a video clip.

The current album, Behind The Wheel was nominated Album of the Year at the International Acoustic Music Awards and voted Folk/Roots Album of the Year in several polls.
Having no tie to any particular genre means that the Red Dirt Skinners sound is instantly recognisable. With male and female harmonies blending together as one voice and Sarah’s trademark soprano saxophone solos, you will be swept along by the refreshingly different approach to an evening of music making with this husband and wife duo.
Five critically acclaimed albums to the good, The BBC described the Red Dirt Skinners as “taking the music scene by storm.” They have a natural rapport with their audiences and their live shows are a wonderful experience; a musical journey to remember. Be prepared for laugh out loud lyrics, followed by songs sure to pull at your heartstrings. Rob and Sarah Skinner will steal your hearts.