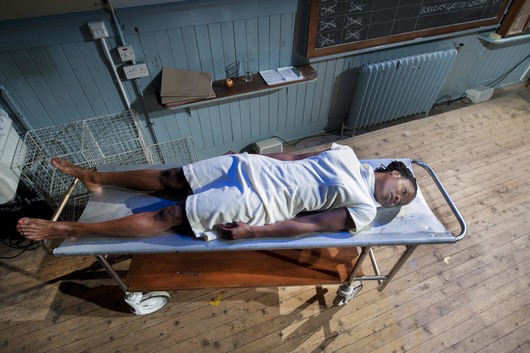 By Adura Onashile
Directed by Graham Eatough
Produced by Iron-Oxide

In 1951 Henrietta Lacks walked into the coloured section of the John Hopkins Hospital in Baltimore with a pain in her abdomen. A biopsy revealed a cancer that would kill her just months later. A cell sample taken without her permission was used as the raw material for some of the most important scientific discoveries of the past 100 years.

Against a backdrop that charts the scientific milestones of the HeLa cell Line; this production seeks to bring Henrietta Lacks back to life, using testimony from her family members, the scientific community and the doctors that treated her.

This solo show by Adura Onashile takes as its inspiration the true life story of Henrietta Lacks and the extraordinary life of the HeLa cell line.

HeLa comes to you following a successful presentation at Edinburgh Fringe Festival.